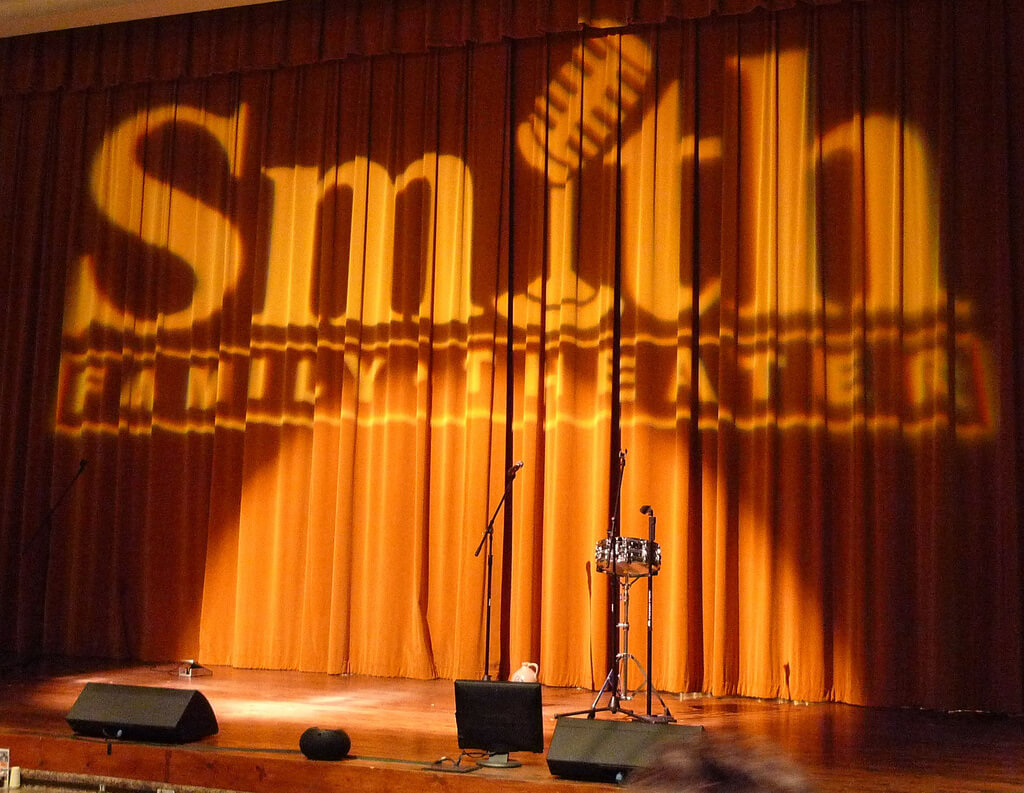 For Smoky Mountain visitors and residents alike, their names probably ring a few bells. After all, entertainers Charlie, Jim and Charlie Bob Smith have been favorites with audiences since they first appeared on the area music scene in the 1980s. Whether they were performing at Dollywood or their former Southern Nights Theater, the boys made a name for themselves and built a loyal following thanks to their endearing brand of music and humor.

But this year, the guys are making themselves at home in a brand-new venue. The Smith Family Theater, which opened its doors in Pigeon Forge last fall, has once again put the Smoky Mountain trio back in the spotlight-right where their fans like them, delivering their eclectic blend of country, bluegrass, gospel, oldies rock-n-roll and a hilarious repertoire of comedy impressions that have become their trademark.

“We want people to expect a fun night of entertainment,” says Charlie Smith. “Singing to people and entertaining people are two different ball games. Our priority is to entertain. Whatever it takes for people to feel good and leave feeling totally entertained is what we give them.”

Even better news is that those making their way to the Smokies this winter won’t have to miss out on any of that entertainment. The Smith Family Theater is one of the few music houses in the area to remain open during the off-season. Presenting shows in January and February, the Smiths will continue to lay out the welcome mat to a 600-seat auditorium that’s custom built for group’s familial performance style.

This theater is a good environment for them,” says marketing manager Jennifer Smith. “They’ve always liked the fact that they’ve had a close rapport with the audience, and I think our new theater is just the right size.”

Anyone who has ever seen the Smiths perform, however, knows that when they take the stage, no matter how large or small the concert hall, you immediately get the sense that you’ve been invited to pull up a chair in the Smith family living room. Their relaxed, congenial style lets the audience know that the guys on stage are having as much fun as anyone in the room.

“We’re not a rigid production show,” says Charlie. “We go for a casual feel and do a lot of spontaneous stuff. We like to play off the audience, and we don’t want to lose that closeness and that rapport.” And you gotta know that any group that does hilarious impressions or performs a musical tribute to “The Andy Griffith Show” or challenges audience members to a Hula Hoop contest knows how to have fun on stage.

“They’re doing all the things that their fans have enjoyed in the past, but they’re also working on some new surprises for this year,” says Jennifer. “We believe that everyone will think this show was well worth the wait.”