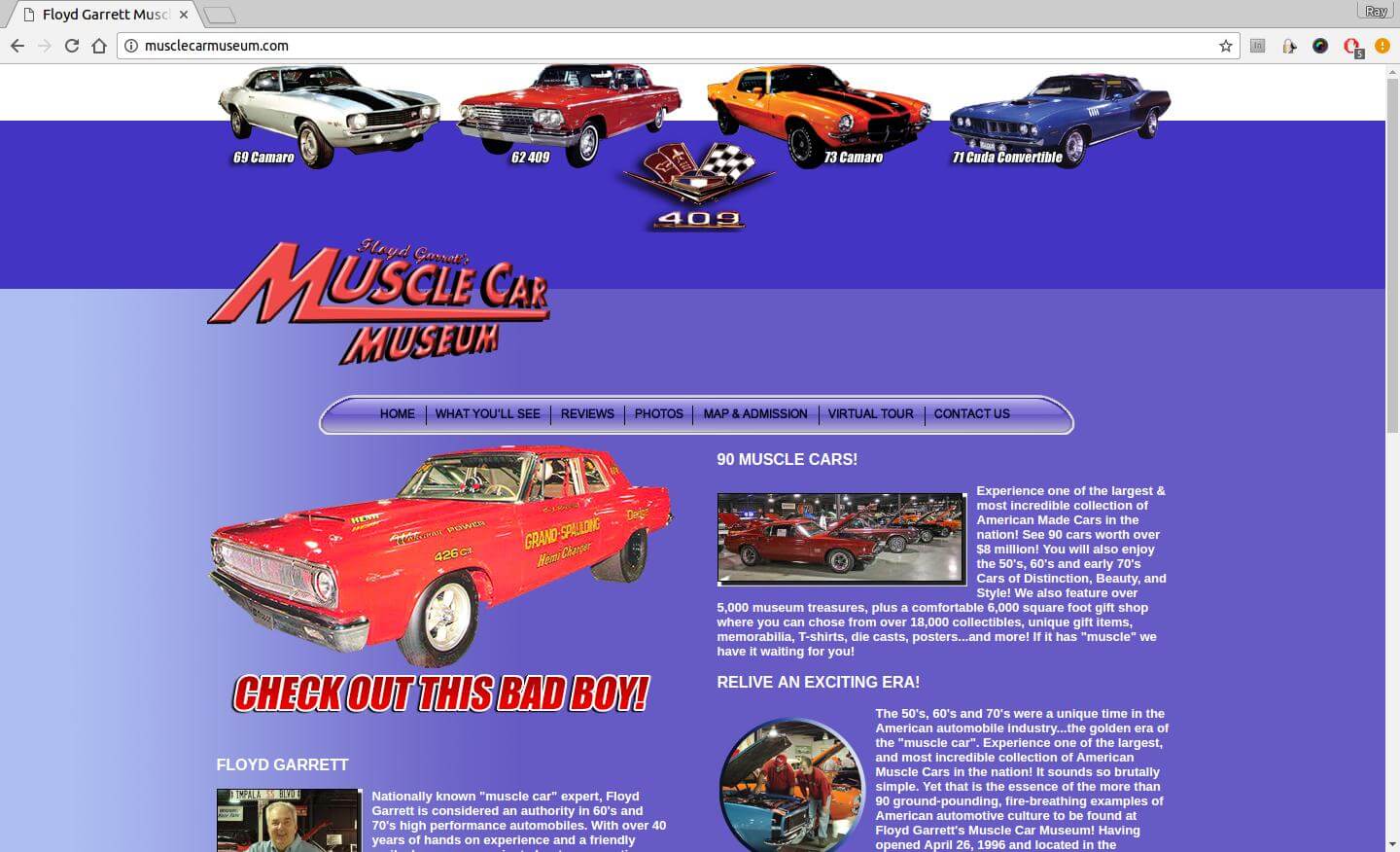 It sounds so brutally simple. Yet that is the essence of the more than 90 ground-pounding, fire-breathing examples of American automotive culture to be found at Floyd Garrett’s Muscle Car Museum! Having opened April 26, 1996 and located in the beautiful Smoky Mountain town of Sevierville, Tennessee the museum represents the dream of one man – Floyd Garrett

Floyd hails from Fernandina Beach Florida, where he built a highly successful trucking company by hauling wood chips from local lumberyards to the paper mills in the area. After becoming financially secure, he began finding and buying the vintage muscle cars he remembered from his youth – focusing on the rare and unusual. His collection began in 1975 with a black 1970 Chevelle and has grown since.

The 50′s, 60′s and 70′s were a unique time in the American automobile industry … the golden era of the “muscle car”. Experience one of the largest, and most incredible collection of American Muscle Cars in the nation.