The Best Events In The Smokies For May 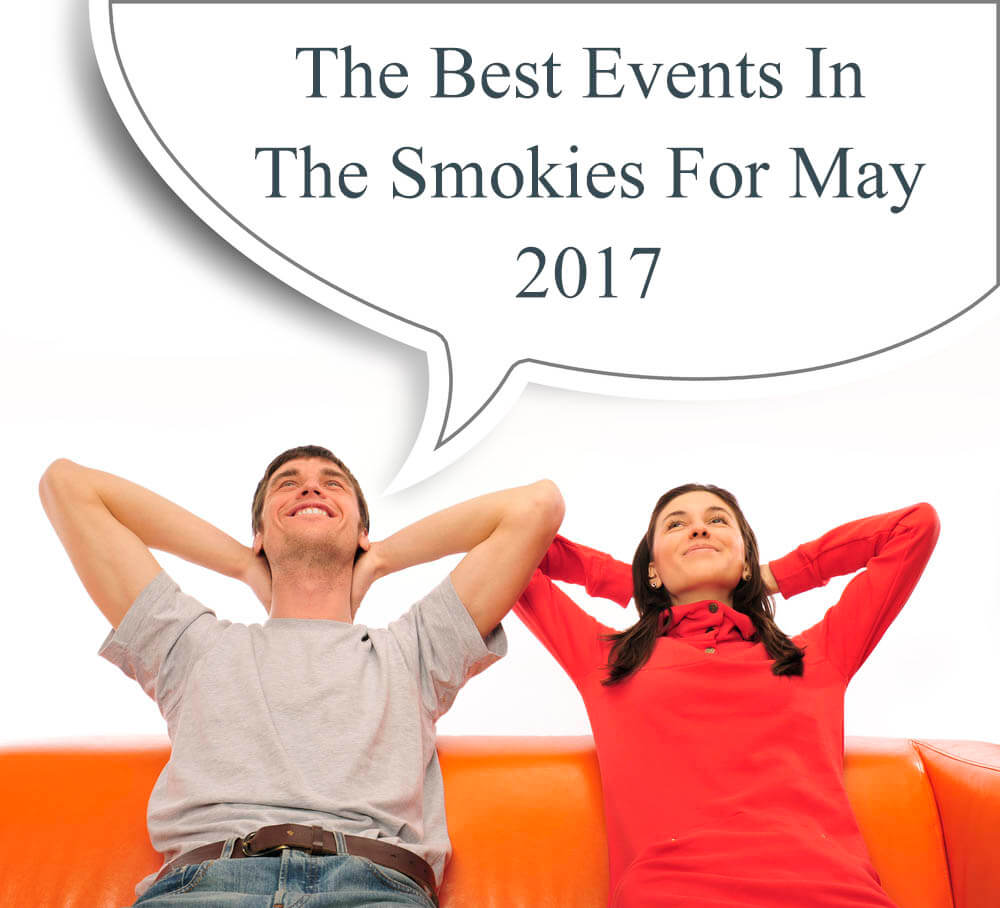 The Best Events In The Smokies For May

One last month of Spring before things REALLY shift into high gear with the Summer tourism season, May is not to be missed as a Springfest must! While indeed the seasons in East Tennessee tend to peak up in terms of their respective natural atmosphere and special events around the middle month of the season, May can be a wonderful exception - a calm stepping stone from one season to another as the days get brighter, the weather get even warmer underlying the end of school until August, yet still full of excellent events that whet the appetite for fun in the sun in June.

Probably one of the biggest moments of Springfest in Pigeon Forge is the Dolly Homecoming Parade. If the name doesn't clue you in enough, it is so titled because Dolly Parton herself returns to town to act as Grand Marshal for the parade! All the action and marching takes place on the main parkway in downtown Pigeon Forge between traffic light #6 (Pine Mountain Road where Shoney's and Kinkaku are) to traffic light #3 (Wears Valley Road where Walden's Landing is). Traffic on the road shuts down to allow the parade through and visitors can see the parade from the sidewalk or along the green "islands" that separate out the parkway.

YES, you do get to see Dolly Parton in the flesh on her huge parade float but there are many, many more to see representing local businesses and others in our area. Beauty pageant queens, firemen, marching bands, high schools, middle schools, music theaters, comedy theaters, veteran soldiers and many more showcasing all the fun with music, characters, tiny little vehicles and even some scrolling performances along the way!

Parade begins at 6:00PM. See more on this event.

Whoo-doggie, nothing says "The South" like an entire festival devoted to the Appalachian staple of beans and cornbread! This odd but highly pleasing event goes on the main downtown strip in Gatlinburg between traffic lights #6 and #8 (between Ripley's Aquarium and Ripley's Believe It or Not!). The event is sponsored by Bush's Baked Beans (the national brand is home here is nearby Newport, TN) and patrons can buy an "admission spoon" for $10.00 that gives them unlimited access to the best in baked beans and cornbread made by our finest area's restaurants. And, as always, there will be entertainment, kid's playthings and much more on hand.

The festival begins at 5:00PM and goes on to 8:00PM. See for more information.

And speaking of food festivals this month, if you're not familiar with the Bloomin' BBQ & Bluegrass Festival in Sevierville, then we're happy to introduce you to the "piece de resistance" of the May food celebrations. This one actually takes place in downtown Sevierville around the big courthouse in the historic section of the city and it is two days of family fun, incredible BBQ and near round-the-clock music like you've never experienced before (unless, of course, you've already been to Bloomin' before!) On top of that, the alleys and sidewalks will fill with merchants selling arts, crafts, locally made foods, clothing and, of course, more that you can only see by attending the festival! Entry is free, you just pay for any food or items you want to acquire.

If that isn't a great way to celebrate the final third of Springfest in the Smokies, nothing is. Stay tuned for more articles on getting the most out of your upcoming getaway in the Smokies!

More on This Event
COVID-19 Info