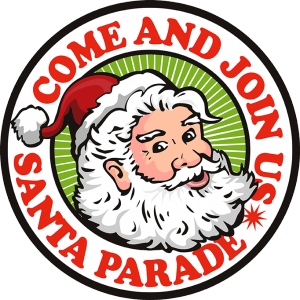 Is it officially considered Christmastime without a parade in town? We hope to never have the opportunity to find out - a Christmas parade every year as long as time goes on suits our Smoky Mountain way of life just fine and we look forward to the Christmas parades coming up here soon in Gatlinburg and Sevierville.

The first one coming up in our schedule is the Fantasy of Lights Christmas Parade in downtown Gatlinburg on December 2nd. Without question, this is the biggest parade of the year in the Tennessee Smokies and tens of thousands of visitors show up for it every time it comes around (and few, if any, leave disappointed). Starting at 7:30PM and lasting for more than an hour, the main streets of downtown Gatlinburg shut down from almost midway through Highway 321 all the way down to stoplight #10. All, and we do mean ALL, of your favorite Christmas characters and icons appear for the show - Charlie Brown, The Grinch, Yukon Cornelius, Rudolph, Frosty the Snowman, the Polar Express, heck even some characters from live-action Christmas classics join the parade as well (and you better believe Santa Claus will be there too!)

The Gatlinburg parade also features many dozens of local businesses, churches, marching bands and other local favorites mixed in. In addition, this year the city of Gatlinburg is selling tickets for bleachers in a "TV zone" near stoplight #3 (this is next to the local news camera crews that capture the parade and broadcast it live) so that those who want guaranteed spots to see the parade in a good place will be able to do so.

You can see more on the Fantasy of Lights Parade

Now let's say you're not able to get to Gatlinburg that evening or simply don't want to fight traffic and squeeze into a crowd of 60,000 for a holiday event, or just want to supplement Gatlinburg's big party parade atmosphere for something that feels more like a hometown celebration like they used to have in the old days - that's the appeal of the annual Sevierville Christmas Parade coming up on December 3rd starting at 11:00AM near historic downtown Sevierville.

This parade isn't nearly as big as Gatlinburg's, but then again, that's the whole point. The Sevierville parade has a more local and intimate feeling of Christmas being celebrated and it's still a heck of a show. Local favorites and Christmas characters return here along with baton twirlers, pageant winners, marching bands and, of course, more. Official information on that can be found.

And by the way, with the exception of the ticket prices for the bleachers at the Gatlinburg parade, all admission to these events are free.

Should be a couple of great ways to get hyped for the Christmas season!
COVID-19 Info