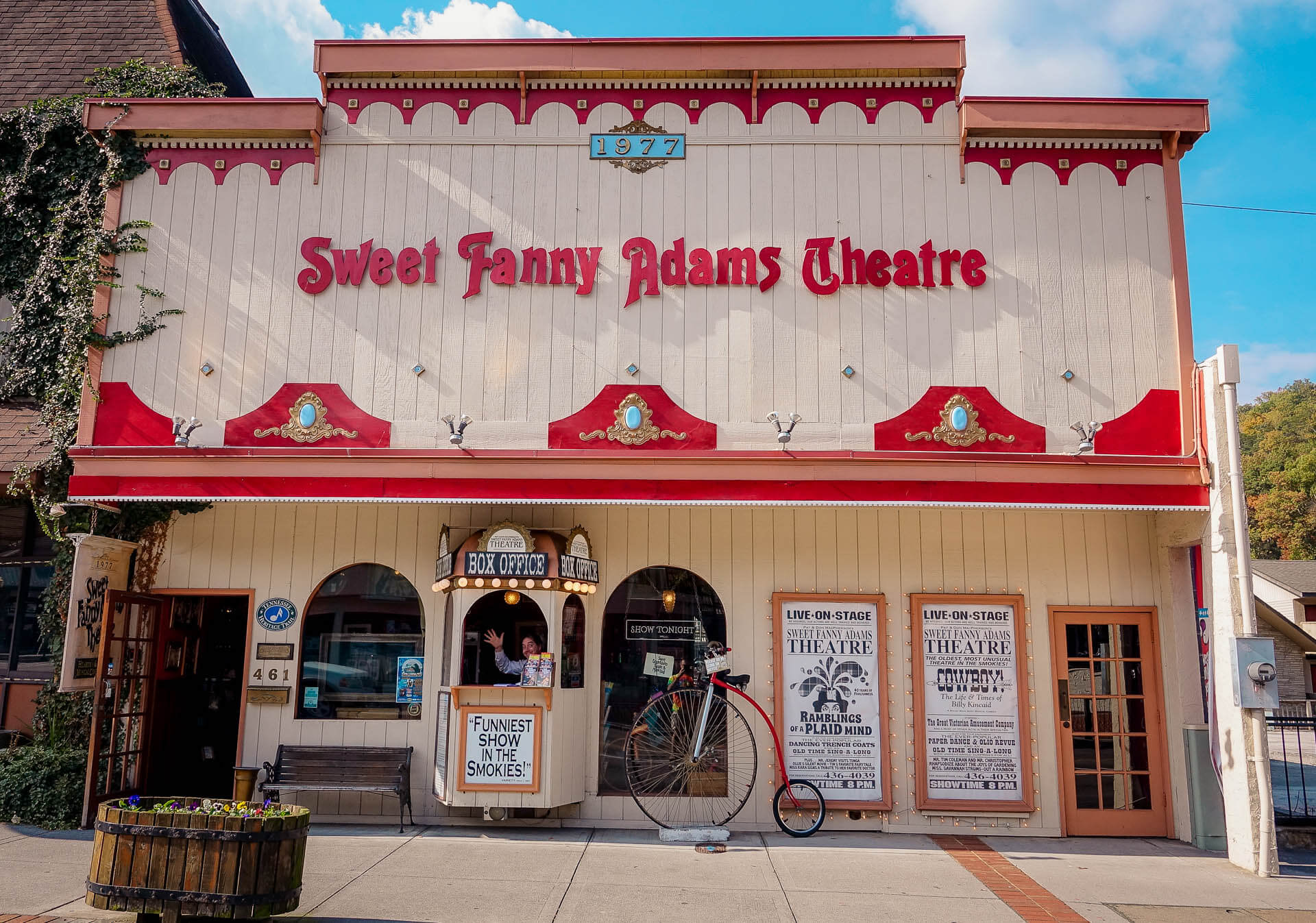 An evening at Sweet Fanny Adams Theater is an experience you will never forget. The unique style of shows presented in this 1890s style theater are a combination of Old English music hall, American vaudeville, Monty Python, and Broadway musical comedy. The original shows are quick-witted sensations filled with the broadest of humor and the silliest of slapstick all guaranteed to be unlike anything you’ve seen before. Since opening in Gatlinburg in 1977, Sweet Fanny Adams Theater has been recognized as one of the most innovative and unusual professional theaters in the country and was named an historical treasure by the city of Gatlinburg.

Two completely different shows are presented each season and are alternated nightly. Our multi-talented performers are all well-seasoned professionals of stage, screen, TV, and night clubs. Each show they take turns adding their uniqueness to the inevitable comic mayhem for which Sweet Fanny Adams Theater is renowned.
The creative force behind the theatrical magic at Sweet Fanny Adams is the wonderfully off-beat talents of Pat and Don MacPherson. They have written, produced, and directed over 32 original musical comedies. Their shows have played in over forty professional theaters throughout the country including New York, Los Angeles, Atlantic City and an over two year run of their musical Tom Jones at the Desert Inn in Las Vegas.

On Mondays, Wednesdays and Fridays the show will be “A Knight’s Tale and Other Acts of Superficial Foolishness” , an original musical fairy tale adventure of brave knights and maidens, misguided royalty, and a dueling scene never to be equaled, nor dared, on any stage. And, as promised the Finale chosen Number One by you, our faithful audience friends . . . The Pirate Song -”I Want To Sing and Dance”.

On Tuesdays, Thursdays and Saturdays the show will be “That’s Ridiculous! 30 Years of Hilarious Musical Comedy . . . All In One Night”, a fun-filled tribute to old time music hall entertainment with the best full-of-nonsense comedy routines, songs, and dances that have graced the Sweet Fanny Adams Theater stage for the past 30 Seasons plus . . . the ever popular Classical Paper Dance.